hello, here are some artworks i have made and am attached to. they are presented in chronological order starting from the oldest. these are only 'greatest hits'- i have much more art than this. if you wish to see a more thorough collection of my work, i suggest visiting my art-only tumblr (link on my home page).
suggested listening (not mandatory)

fanart of Magnus Gallant from Ogre Battle 64: Person of Lordly Caliber (N64, 2000) in the style of its SNES predecesor Ogre Battle: The March of the Black Queen (SNES, 1995). i was quite proud of it at the time and i still think it looks alright. originally posted November 2014 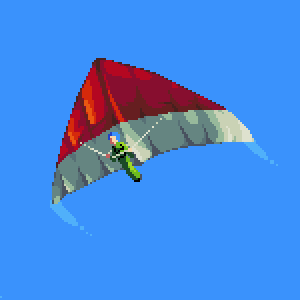 an original piece i made inspired by the feelings i got from listening to Soyo Oka's Pilotwings (SNES, 1991) soundtrack. it is possibly my favorite original piece. originally posted August 2017

my first proper d&d character that i got a lot of time with. a lawful-good red dragonborn paladin named Naseth Kolmostan. i also printed it out on photo paper and glued it to some cardboard which i stood up on a bottle cap to make into a sort of game piece, which you can see photos of here and here. originally posted april 2018 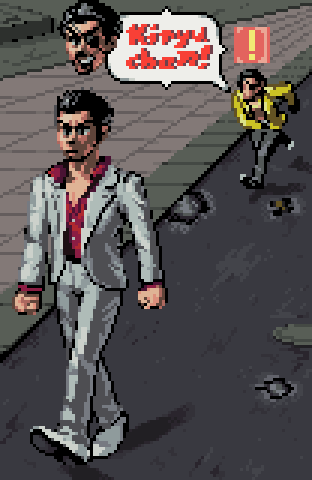 my most popular piece on tumblr, fanart of kiryu and majima from Yakuza Kiwami (PS4, 2017), which my roommate and i had just recently gone through. originally posted december 2018

one of my most ambitious animated things at the time. i regret i didn't make it larger-res, but it has a lot of frames, so it was kind of a pain in the ass to compile as it is, and i don't know any tools that just take an entire gif and cleanly upscale them. originally posted february 2019 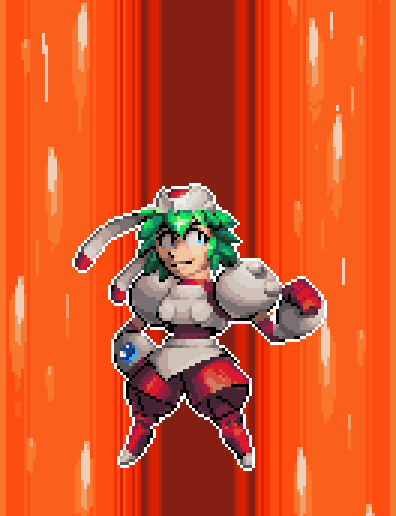 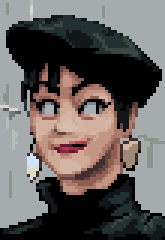 if the hang glider isn't my favorite original piece, this is. study of a photo of some japanese street fashion. originally posted march 2020 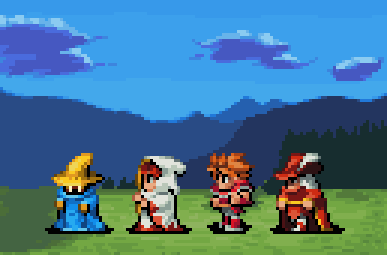 a party of playable characters from Final Fantasy 1 (NES, 1990) based somewhat on the sprites of the PS1/GBA remakes. background inspired by the backgrounds of Final Fantasy VI (SNES, 1994). originally posted month 2020 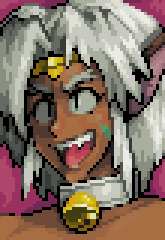 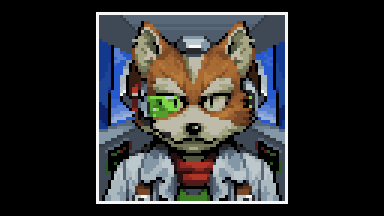 inspired by the portrait style of Star Fox 2 (originally SNES, unreleased until SNES Classic in 2017), visually one of my favorite games ever, i'm quite proud of how this one came out. originally posted month 2020 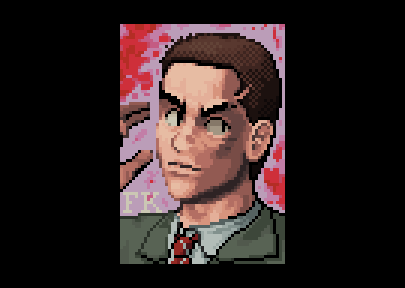 a redo of an old fanart portrait of Francis York Morgan from Deadly Premonition (Xbox 360, 2010), one of my favorite games ever, and posted just in time for the 10th anniversary of the game. originally posted july 2020 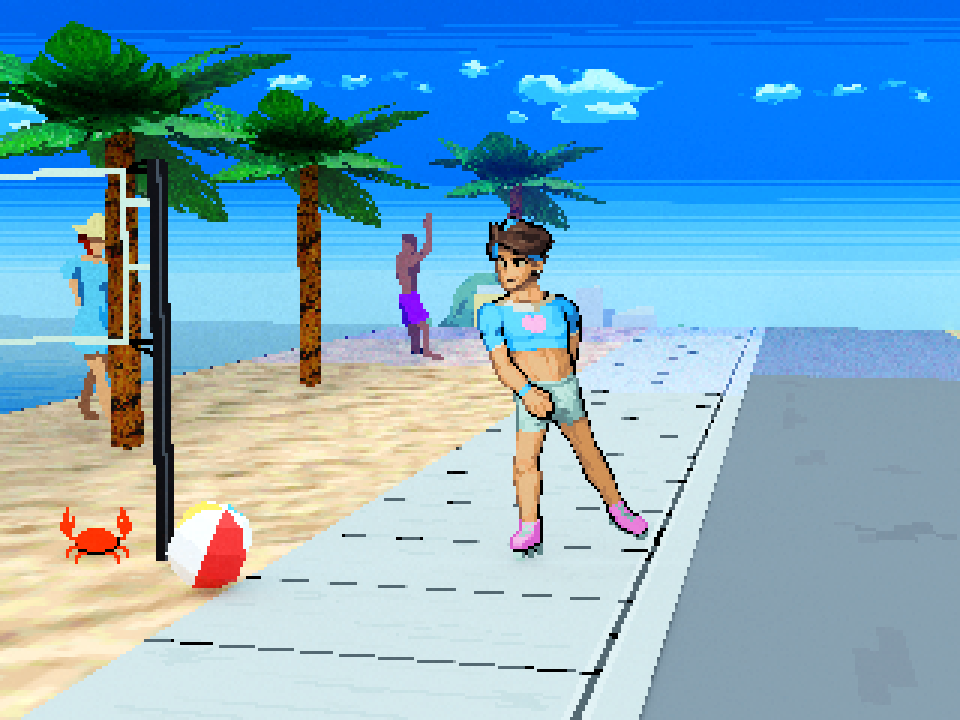 a really big original project that involved recently learning how to use blender and model 3d stuff! the rollerblader is an original character i made in MSPaintXP, i then placed him in a scene in blender and added trees made from stock photos of bark and leaves and exported the model as a pre-rendered 2d sprite (in much the same style as trees were presented in mid-90s 3d games such as on the N64 and PS1). i'm attached to this one because i feel like it's a pretty original concept in terms of how it's executed, and i intend to make more 2d/3d blended stuff eventually. originally posted august 2020

was in an art funk and 90s aesthetics are my comfort food, this is Mail from Falcom-developed rpg/platformer Popful Mail (various platforms in the early 90s). also took it as an excuse to practice backgrounds and animations. originally posted august 2020 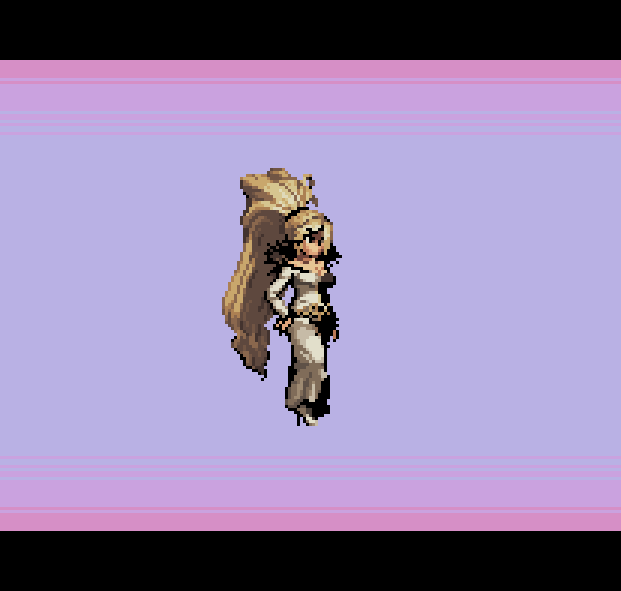 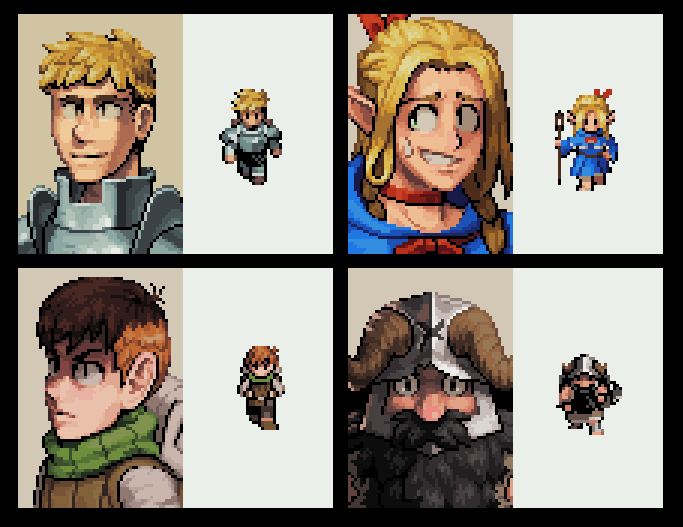 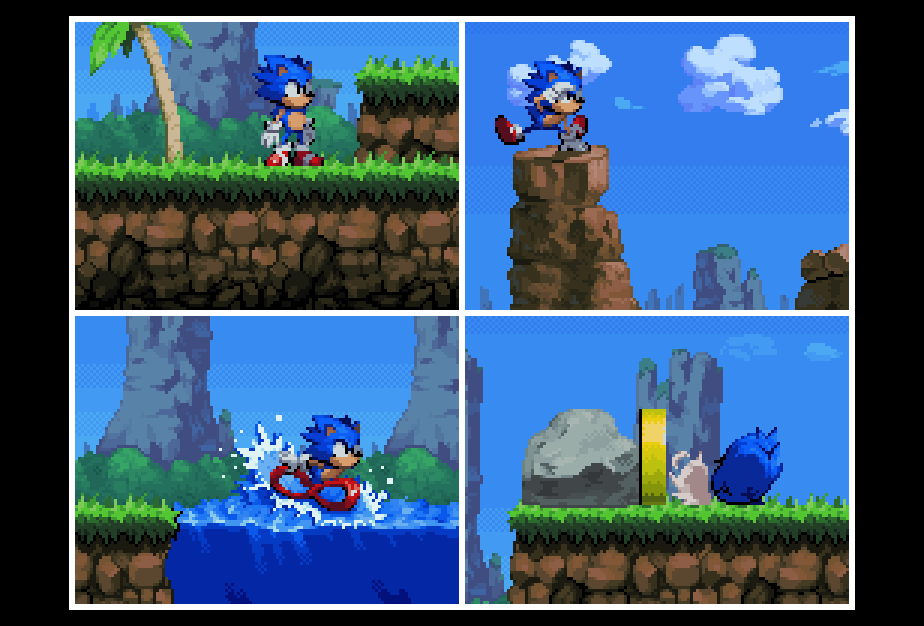 i've always loved Sonic CD the most of all the Sonic games, as well as Sonic's design in the animated scenes of that game specifically. i took that as inspiration to make some neat little scenes with Sonic originally posted january 2021

a Marvel vs. Capcom 1-style sprite of Bass from the Mega Man games. this sort of idea was one of the first pieces of pixel art i ever did when i was like, 12, in 2004, so when i stumbled on the old art again i decided to redo it now that i'm grown up. here's a comparison with the original version. originally posted february 2021 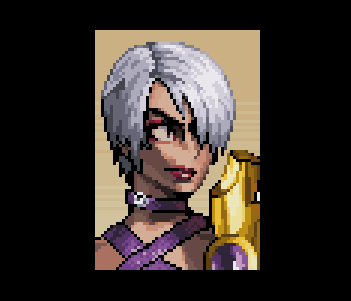 at the time i made this, i was getting very into Soul Calibur via Soul Calibur VI, and ivy is absolutely my favorite character in the series, so i had to make a portrait for her originally posted june 2021 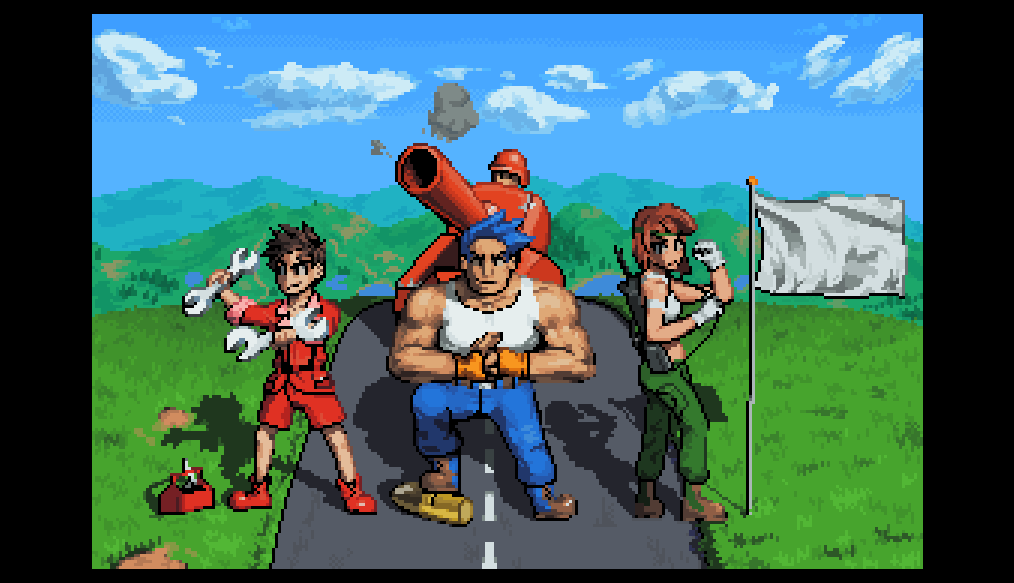 shortly after the Advance Wars remakes were announced, i realized despite being a fun series with great character designs that i've played a lot, i've never made fanart of it, so i decided to fix that. probably my biggest pixel art piece yet originally posted june 2021 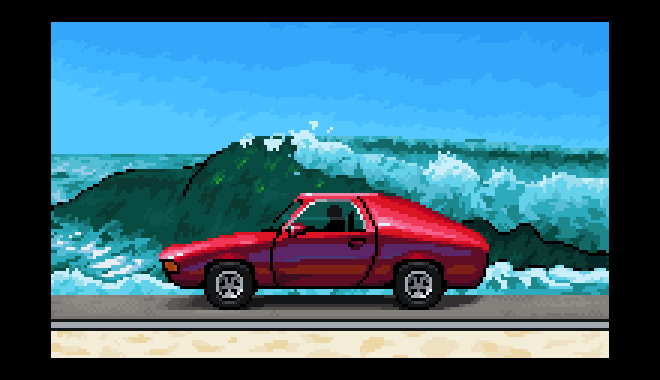 was looking to do something out of my comfort zone, and inspired a bit by city pop album covers originally posted july 2021

Back to Top
Back to Home